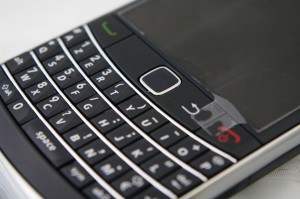 In 1991, the Federal Communications Commission (“FCC”) implemented the Telephone Consumer Protection Act (“TCPA”).  Generally, the TCPA prohibits unwanted solicitation calls made by automatic telephone dialing systems or by using artificial (or prerecorded) voices, unless the consumer gives “prior express consent.”

Contrary to many misconceptions, calls that fall under the ambit of the TCPA do not need to be for purposes of collection.  In fact, the “purpose” of the subject call(s) is irrelevant.  Companies that violate the Act could become subject to financial penalties of a minimum of $500.00 per unintentional violation and $1,500.00 per willful violation (although in practice, proving a willful violation has been relatively easy to establish) as well as attorney’s fees and costs.  TCPA class settlements often times amount to millions (if not tens of millions) of dollars.  Although technology has changed a lot since 1991, this fact has not diminished the amount of class action suits alleging violations of the TCPA; indeed with the proliferation of cell phone usage, there have been more and more instances of TCPA violations.  Often times, businesses will not know that a customer or client has turned in (or “retired”) their cell phone number only to be “inherited” by a new user.  In those instances, the TCPA may likely apply to the new user who had no prior relationship with the business, even if the customer (the person who turned in their cell phone) had provided consent to have that phone number called.  Along these lines, liability theories under the TCPA have been among the hottest trends in consumer litigation law.

There were several major class action lawsuits involving TCPA violations in 2014; 2015 will undoubtedly be another significant year filled with TCPA settlements.  TCPA lawsuits usually come down to whether the business obtained “prior express consent.”  Since 1992, the FCC defined “prior express consent” as “persons who knowingly give their phone number have in effect given their invitation or permission to be called at the number which they have given, absent instructions to the contrary.”  In re Rules and Regulations Implementing the TCPA, 7 FCC Rcd. 8752, 8769 (Oct. 16, 1992).  In 2012, the FCC published a new interpretation of “prior express consent” that went into effect in 2013.  The new interpretation requires a prior, signed, written agreement, specifically agreeing to receive telemarketing calls or text messages via auto-dialer and/or pre-recorded voice.  Despite the new interpretation, many courts still follow the original definition.

Another common issue in TCPA case is whether an “autodialer” was involved.  For example, in Franklin v. Wells Fargo Bank, N.A., plaintiff Lillian Franklin sued Wells Fargo in 2014, alleging that the company repeatedly called her on her cellphone to collect her credit card debt using an autodialer.  Ostensibly motivated in part around the uncertainty as to what constitutes an autodialer (or whether a system is capable of autodialing), the lawsuit settled for $14.5 million, which potentially avoided even more extensive monetary exposure to the bank, if it were proven that Wells Fargo used an autodialer.  Franklin v. Wells Fargo Bank, N.A., 3:2014 cv 02349 (S.D. Cal. 2014).

To avoid TCPA allegations, businesses should make sure their means of solicitation are in compliance with the FCC’s newest, more stringent interpretation of “prior express consent,” as well as all the other requirements of the TCPA.